Sharing Our Faith Can Be Controversial 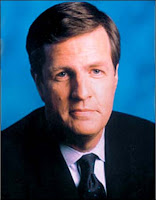 Brit Hume has aroused the ire of some secularists as well as some Buddhists by advising Tiger Woods to seek redemption through Christianity in place of his mother's religion of Buddhism. Said Mr. Hume about Mr. Woods, "He's said to be a Buddhist. I don't think that faith offers the kind of forgiveness and redemption that is offered by the Christian faith. So my message to Tiger would be, 'Tiger, turn your faith — turn to the Christian faith and you can make a total recovery and be a great example to the world.'"

Almost immediately, the far left began mocking Hume as a religious fanatic. Some of the comments directed at him were as hateful as anything directed towards Tiger Woods.

So, let's look at what happened. According to the Buddhist journalist Barbara Hoetsu O'Brien, Hume is correct about Buddhism. That faith does not offer forgiveness and redemption the way Christianity does. That's because Buddhism has no concept of sin.

Brit Hume was asked if he was proselytizing, as he is a devout Christian. He said no, and put forth he was just giving Mr. Woods some advice he might consider. So, why are people like Washington Post critic Tom Shales and TV's Jon Stewart going after him?

The answer, I believe, lies in the explosive nature of right and wrong, good and evil — also, the unease some Americans feel when a religious conviction they don't hold is displayed before them.

Brit Hume has a perfect right to espouse what he believes is a healing tonic. The forgiveness Christianity offers has helped millions of human beings throughout history. The world would be a better place if every person on earth understood the basic philosophy of Jesus. Mr. Hume was simply exercising his free speech rights and the fact he is paid well to do that speaks to his intellect and insight.

Anti-religious sentiment is currently chic in America. You can see it displayed in the media almost everyday. Brit Hume sent some advice to Tiger Woods. He did so meaning well. Mr. Woods is free to take it or leave it. There was no harm in this.