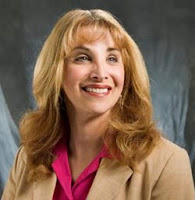 Amanda Simpson, a former test pilot for Raytheon, has been named to the Bureau of Industry and Security as Senior Technical Advisor by President Barack Obama. Simpson, who now identifies as a female, was nominated by the National Center for Transgender Equality (NCTE).

In a news release from NCTE, Simpson expressed hope to "soon be one of hundreds (of transgender presidential appointees)."

"Is there going to be a transgender quota now in the Obama administration?" asked Peter LaBarbera, president of Americans for Truth. "How far does this politics of gay and transgender activism go? Clearly this is an administration that is pandering to the gay lobby."

According to most estimates, "transgender" individuals account for less than a fraction of 1 percent of the population. Yet, LaBarbera said, they have convinced the Obama administration to affirm their position that gender is fluid and changeable.

"We should consider what transgender activism is about," he said," which is essentially recognizing civil rights based on gender confusion."

"This isn't like appointing an African-American in order to try to provide diversity and right some kind of discriminatory wrong," he said. "This is about political correctness.

"President Obama, before he was inaugurated, told the world that he had signed off on every single demand of the homosexual-activist lobby."

LaBarbera said it's just another way to normalize homosexuality and transgenderism.

"It's always the incremental change that keeps moving forward and keeps getting more radical," he said. "It's hard for the American people to keep up."

This stuff will only cease when Christians vote based on their values and refuse to compromise those values.