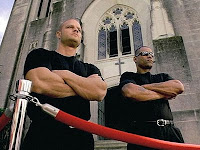 In 2009, there were at least 1,237 crimes against Christian churches and ministries in the United States, according to a report released earlier this month by the Christian Security Network. The 2009 "Crimes Against Christian Organizations in the United States" included 12 homicides and 38 other violent incidents — with three sexual assaults and three kidnappings — 98 arsons and over 700 burglaries. Burglaries resulted in an estimated $12 million in property loss.

Even though the FBI has established Hate Crimes statistics in its agency reporting, very few crimes against churches and Christian organizations are classified as hate crimes because it is difficult to determine the motive for the crime, the report explains.

What makes it even more difficult in determining the number of such crimes is the fact that many of them go unreported. Churches and ministries, for various reasons — including forgiveness of the offender to fear of bad publicity — do not always report crimes. Jeff Hawkins, executive director of the Christian Security Network, said that crime rates "are likely much higher than contained in the report, conservatively five to six times higher."

CSN approaches the collection of data in a conservative manner, only counting criminal incidents where the church or ministry building, staff, volunteers or guests were the actual target or victim. It does not, for instance, count a death on church property if the church was closed at the time or if the death had no connection to the church (e.g., natural causes).

Just two weeks into 2010, officials in east Texas are already investigating five arson-suspected church fires — three in one town and two in one night. Experts and officials alike warn churches to take every possible precautionary step to provide a safe environment and security for anyone who will be on church grounds.

[ChristianPost.com, CBSNews.com]
Posted by Don G. Brock at 11:44 AM