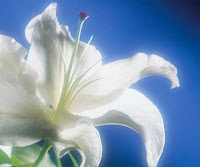 Mrs. Stubbs was the daughter of the late Zella Swanson Bailey and Clay Bailey. Her husband, the Rev. John A. Stubbs; and her brother, Henry C. Bailey also preceded her in death.

Mrs. Stubbs stayed active after her retirement, serving as a Red Cross volunteer at Bradley Memorial Hospital in Cleveland, TN. She also stayed active in the Professional Secretaries Association where in the past she served as its president and she served on its board for a number of years. Mrs. Stubbs enjoyed traveling to see her family and traveling with her senior group. She enjoyed crocheting and she loved her dog, Sassy. Mrs. Stubbs enjoyed the friendships she made over the years and stayed in contact with her friends. She enjoyed being a grandmother and great-grandmother and was affectionately called “Grams” by her grandchildren. Mrs. Stubbs was a member of Peerless Road Church of God of Prophecy, and while she resided in the Augusta area for the last five years, she attended New Hope Worship Center.

The Remembrance of Life service was today (Wednesday) at 2 p.m. at Peerless Road Church of God of Prophecy with the Rev. Samuel Clements and the Rev. Rich Bowen officiating.

The Stubbs family are life-long friends. As a teenager, Bishop Stubbs allowed me to mow his lawn on a regular basis. Later in Life, my wife Yvonne worked as his private secretary while he served as C.P.M.A. Director in the Visual Aid Department of the Church if God of Prophecy at Bible Place in Cleveland, Tennessee. Sister Stubbs was a precious lady. We will never forget her.
Posted by Don G. Brock at 11:35 PM