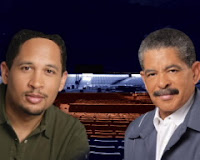 Pastor Fred Price, founder of one of the nation’s first black megachurches and an icon of the faith movement, will step aside on March 15 to install his son, Fred Price Jr., as senior pastor of Crenshaw Christian Center (CCC) in Los Angeles.

“The formal succession of my son will take place on his 30th birthday, the same day Jesus began his ministry,” said the elder Price, who still plans to teach periodically. “This wasn’t planned, it just happened that way. I believe that it’s a sign from God that after six years of training as an assistant pastor, Freddie is ready to sit in the driver’s seat and I will be there to help him along his way.”

According to a statement released by the church, Price, 77, will not completely retire from ministry, but only from daily church duties and his weekly television and radio broadcast titled “Ever Increasing Faith.”

The younger Price is a gospel rap artist and accomplished musician whose appreciation for hip-hop culture inspired him years ago to create “Hip Hop Sunday,” later renamed “The Blue Print,” which were CCC services that mixed faith, music and “Krump” dancing.

“The Bible says a good man leaves an inheritance for his children’s children,” said the younger Price. “My father left me a powerful inheritance to teach the word and to be a man of integrity. He’s been an awesome father and a great role model. I look forward to continuing his legacy.”

Creflo Dollar of World Changers Church International will deliver the keynote address at the ceremony. The younger Price reportedly realized his ministry calling while attending a service Dollar led years ago.

The public can see the installation ceremony by watching it online Sunday, March 15, at 9:30 a.m. P.S.T.