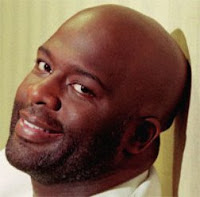 Gospel music star BeBe Winans has been accused of assaulting his ex-wife and was held briefly at a county jail in Nashville on Friday before posting $1000 bond.

According to official documents, Winans, 46, and his ex-wife Debra Winans got into a "verbal altercation" on Feb. 13 over "custody issues dealing with their children." The two were married for 16 years before divorcing in 2003 and have a 13-year-old daughter and a 10-year-old son.

“The defendant then pushed the victim to the ground,” court papers stated.

Though late in coming, Debra Winans said her decision to speak out was made with the hope that it would help other abuse victims who suffer through abuse rather than reaching out for help.

"Until you realize something's not changing, you pray all day long,” she told a local NBC affiliate.
“The power of God is real, but one thing He's not going to do is go against someone's will. We make choices," she added.

On Friday, an official statement released by BeBe Winans acknowledged that there was “a child custody right dispute” that arose out of his “desire to spend time with our children as court ordered.”

However, Winans said the allegations were “nothing less than heart wrenching” and “inconsistent with my character and the foundation upon which I was raised.”

He also said he would make no other comments for the time being having decided “to say nothing negative about my children’s mother.”

“I am prayerful that the matter is straightened out very soon for the sake of our children,” Winans stated.

A spokesman for BeBe Winans told NBC affiliate WSMV-TV that the singer is in Atlanta working as a judge on a BET program.