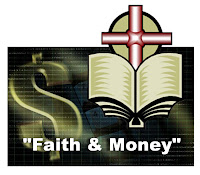 U.S. stock futures pointed to a strong opening Monday as a report the U.S. government would increase its stake but not fully take over Citigroup eased some of the nationalization fears rampant in the market.

U.S. stocks slumped on Friday on concerns that Citi and Bank of America would have to be taken over by the government -- stoked by an interview Sen. Christopher Dodd gave to Bloomberg Television in which he suggested as much. The Dow industrials fell 100 points, the S&P 500 lost 8 points, while the Nasdaq Composite fell a point.

However, The Wall Street Journal reported that Citigroup is in talks with the government on Uncle Sam converting its preference shares into common equity. The U.S. government may hold between 25% and 40% of Citi, according to the report.

[By Steve Goldstein, MarketWatch]
Posted by Don G. Brock at 5:50 AM