Lent Now Crosses Over to Protestants 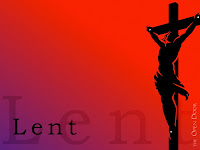 As a growing number of Protestants recognize the importance of the 40 days leading up to the death, burial and resurrection of Jesus Christ, more of them are observing Lent.

Long associated with Catholic, Orthodox, Episcopalian and Lutheran denominations, Lent is the 40-day period beginning with Ash Wednesday and ending at Easter. It's a time for Christians to focus on their relationship with God and remember the 40 days the New Testament reports Jesus spent in the wilderness fasting, praying and resisting temptation from Satan.

Numbers of Protestants observing Lent aren't available. However, local pastors say it's growing as denominational walls crumble and more ministers of different denominations understand the importance of the tradition and share it with their church members.

How Christians commemorate Lent varies. Some give up food, known as fasting, while others pray or read the Bible more or volunteer their time in the community. Although it's not forced, some pastors do encourage members to fast while others give weekly sermons focused on Lent.

"It's just something that's individual to them, although I did share with them on Sunday that for something to be given up or for it to be a sacrifice, it should be meaningful to them," said Jack Anderson, pastor of the Church of God of Prophecy.

While High Street United Methodist Church isn't observing a Lenten fast, members are encouraged "to take the next step on our spiritual journey." It's up to individuals to determine what the next step should be, Senior Pastor Jack Hartman said. Hartman is giving a series of Lenten sermons.

"My analogy is it's kind of like courtship before you get married," Hartman said. "You really can't experience the fullness of Easter until you know the events that led to that."
Posted by Don G. Brock at 8:41 PM

I grew up on military bases and was subjected to liturgical services. Not understanding the rationale for things like Lent I spurned them. I figured they were meaningless and repetitious religion that got in the way of a real "relationship" with Christ. I supposed myself superior to those who observed such practices. But then comes along an organization called Promise Keepers and more importantly a pastor named Don Brock. Both taught me the value of diversity and that not all tradition was bad. Both gave me a rich appreciation for my church forefathers. Lent is an awesome experience. It gives us a clearer focus and deeper understanding of the supreme sacrifice and how we translate that into our every day lives. Thank you Don and thank you Promise Keepers for opening the eyes of my heart and letting me see more of Christ!!!