American Idol Clay Aiken Comes Out of The Closet 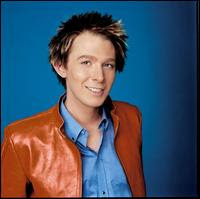 American Idol Clay Aiken has finally announced that he is gay. The Southern Baptist, who also has a son out of wedlock, says he is still a born-again Christian.

There is a strong push by the American gay rights movement, supported by heavy funding and the ACLU, to not only gain acceptance by calling all opposition homophobes, but their agenda includes being accepted as Christians. They are funding new church plants that support the gay agenda, and pushing the publicity of famous "Christian" gays.

The Internet has recently been flooded with web sites generated by gay rights activists advocating gay Christian rights. They argue that the Bible is also against adultery and for tolerance.

Gay books are being published as quickly as the printing can be done. A gay study Bible has also been published. Also, a Michigan gay "Christian" is suing two Bible publishers over verses labeling homosexuality a sin and causing him emotional pain and estrangement from his family.

Is there such a thing as a gay Christian? Can someone be a Christian who practices homosexuality? What does the Bible say about it? Is it sin? Does it separate one from God?

I'm sorry, but Clay Aiken, Ray Boltz, "Pastor" Jeff Minor, Marsha Stevens, Kirk Talley, and all other singers and entertainers can practice homosexuality and say that it is OK, but that does not make it so.

The first reference to homosexuality in Scripture is in the infamous account of the destruction of Sodom and Gomorrah in Genesis 19. The wickedness of the men of that city is obvious and is of such a severe nature that it brought divine destruction upon the entire city. Both Peter and Jude make reference to it and describe the sin of homosexuality as " ungodly, lawless, unnatural and extreme immorality" (see 2 Peter 2:6, 8; Jude 7).

In Leviticus 18:22 and 24 homosexuality is described as an "abomination" and "defiling." It is reprehensible and unclean.

In Leviticus 20:13 it is again described as an "abomination" but here as one worthy of the death penalty!

Deuteronomy 23:17 forbade the presence of a "sodomite" in the land of Israel.

An incident similar to that of Sodom and Gomorrah is seen again in Judges 19. Again the sin of homosexuality is described as "wickedness."

In 1 Kings 14, 15, and 22 the removal of male prostitutes from the land of Israel is viewed as a sign of much-needed spiritual reformation.

The prohibition in Deuteronomy 22:5 of women wearing men's clothing appears to be a specific condemnation of transvestism.

In Romans 1:18-32 the apostle Paul condemns the practice in the severest terms. Homosexuality is "unclean," "impure," "dishonoring to the body," "vile," "degrading / disgraceful," "contrary to nature," "unseemly/ obscene," "improper activity of a depraved mind," "unrighteous," "wicked," etc. Of particular importance to the apostle in this passage is the fact that homosexuality is "unnatural"--contrary to nature. In other words, nature itself teaches that the practice is wrong; we all know it intuitively. Homosexuality is, then, a particularly rebellious sin.

In 1 Corinthians 6:9-10 the apostle Paul speaks of homosexuals as "effeminate" and "abusers of themselves with mankind" who "shall not inherit the kingdom of God." The terms he uses here seem to be specific references to both active and the passive participants in a homosexual relationship. Such people are "unrighteous," he says, and if they remain in that practice they will be condemned.
Posted by Don G. Brock at 10:12 PM