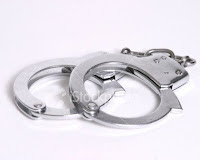 A 72-year-old pastor from the Original Church of God of Prophecy was convicted yesterday of sodomizing and sexually molesting a little girl on numerous occasions.

Dieuvais Surin was convicted on all 22 counts of sexual abuse that he faced. He began with taking the little girl into his van, where he fondled her in 1998. On subsequent occasions, he made her perform oral sex and various other perverted acts on him. These incidents occurred in the pastor’s van and apartment, and in the basement of the church.

Surin often waited outside the little girl’s middle school in Brooklyn, and on eight occasions, he then took her into his van and sodomized her.

The pedophile pastor faces up to 56 years in prison when he is sentenced on July 9 by Brooklyn Supreme Court Justice Vincent Del Giudice.

I have been attending the Original Church of God of Prophecy where Pastor Surin is the pastor since I was 3 years and had the chance to get to know him on various levels: a spiritual leader, a father and a friend. I am appalled at these allegations facing my Pastor and I know that on July 9th justice will ultimately be served.

Since tender age of 1 years old, I've had the pleasure of being part of a community in which Pastor Surin is the leader. He has been a spiritual father, advisor, counselor, and friend for me for many years as I am now 21 years old. Being accused of such absurdity it has been difficult for me to deal with because of who my Pastor is and what I have grown up to know him as which is a loving and caring individual. He takes pride and is devoted in helping the youth and the children of his church and justice will be served on July 9th.

I have been attending the Original Church Of God of Prophecy since the age of 4 and I am currently 25 and I have never felt unsafe around Pastor Surin. He has never said or done anything inappropriate. He is a loving, devoted husband, father, grandfather who cares about the well-being of all. I am appalled at these allegations and I know in the end justice shall prevail.

I have been attending the Original Church Of God of Prophecy since the age of 4 and I am currently 25 and I have never felt unsafe around Pastor Surin. He has never said or done anything inappropriate. He is a loving, devoted husband, father, grandfather who cares about the well-being of all. I am appalled at these allegations and I know in the end justice shall prevail.

I have known pastor Surin since 1983. He is a person of honesty and integrity. His straight forward sermons of moral purity and conservative character sometimes create opponents for him. I am sure justice will prevail in his favor. So many decent citizens are sent to jail upon simple non verified allegations. Brother Surin is a victim of these allegations. I and many others stand on the ground of his innocence and remain certain that on July 9th the court will base its decision on facts but not biased allegations.

I know this man very well and i have been in the church since i was five years old and i got baptized in the Original church of God of Prophecy. I have faith that this man who is being wrongfully accused will be safe in the Lord's hands.