Many Pastors Are Without Health Insurance 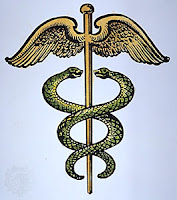 Many pastors in America are left to figure out their own health coverage with little or no help from their church or denomination, found a survey released this week.

“Thousands of pastors and churches are among the millions of Americans without health insurance,” said Leith Anderson, president of the National Association of Evangelicals, based on responses to the May Evangelical Leaders Survey.

The monthly survey asks the NAE board of directors questions based on relevant issues in society. The NAE board of directors includes the CEO’s of 60 church denominations, and representatives of a broad array of evangelical organizations including missions, universities, publishers and churches. In the latest survey, the majority of respondents expressed that they had little or no help from their national denominations when it comes to securing health insurance.

Many pastors replied that they either received health insurance benefits through their spouse’s employer, a second job, or go without insurance.

“Well over 80 percent of our pastors get health insurance outside the life of the church,” reported one unnamed denominational CEO, according to NAE.

He said that about 10 percent of the pastors in his denomination receive coverage from Medicare or Medicaid.

However, he noted that his denomination did previously offer a health insurance plan, but stopped because younger and healthier ministers could obtain cheaper individual coverage than the national denominational plan that included coverage for older and more difficult to insure pastors.

"We have tried two or three times to provide health insurance, but we have not been able to make it work,” admitted the head of a Pentecostal denomination, in the NAE survey.

“This is a large and growing problem for American pastors and churches,” explained Anderson. “So many churches are small and too many pastors are uninsured. There is no room in limited budgets for premiums or no way to get adequate insurance at any price. As clergy age with the rest of America’s population we may see a growing list of pastors entering retirement with bankrupting medical bills.”

The NAE said statistical analysis of responses to the open-ended question was difficult because of the many options pastors and churches are pursuing to get health insurance.