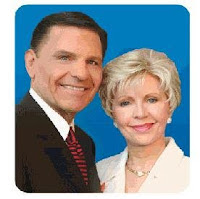 Eagle Mountain International Church/Kenneth Copeland Ministries was one of only two ministries that filed a timely response to Senator Grassley's initial request for information by the December 6, 2007 deadline. The Church's response reflected a sincere and good faith effort by the Church to provide answers to as many of the Senator's questions as possible without compromising the protections afforded to the Church by the United States Constitution and the Internal Revenue Code.

In a letter the Church sent to Senator Grassley and Senator Baucus on March 31, 2008, the Church reiterated its position that it believes that the most timely and efficient manner for the Senators to obtain the requested information - without compromising the Church's, its members', partners', and friends' constitutional and statutorily based rights - is to request the information from the IRS. Such a request would be subject to longstanding church-audit procedures and confidentiality protections under the Internal Revenue Code.

Specifically, the IRS could obtain the information Senator Grassley is seeking from the Church through a "church tax inquiry" under section 7611 of the Internal Revenue Code. The Church Audit Procedures Act, the legislation that put section 7611 in the Internal Revenue Code, was introduced in 1983 by Senator Grassley himself, in recognition of the potential for government investigations into churches to infringe upon "the civil liberties of churches."

Eagle Mountain International Church's CEO, John Copeland, stated that, "The Church would be willing to fully cooperate with the IRS to ensure that the requested information is provided in a timely and efficient manner. Our Church has always operated with financial integrity, submitted to and conducted independent ministry audits, and abided by all laws and tax statutes."

The Church has serious concerns that, without the protections from public disclosure that section 6103 affords, the information obtained by Senator Grassley could potentially be used in a manner that could harm or embarrass the Church, its preachers, members, partners, and friends. The six ministries under investigation all share a common theology that is centuries old. The "Word of Faith" message preached by these churches is based on the religious belief that God wants His children to be spiritually, physically, and financially blessed. Prosperity in all areas of one's life is an outward sign of the fulfillment of God's promises contained in the Bible.

Noted historian and Dean Emeritus of the School of Divinity at Regent University, Dr. Vinson Synan, believes the fact that Senator Grassley is only targeting those Pentecostal churches who preach the "Word of Faith" message and not any other churches, raises significant concerns. "It appears the inquiry is aimed at publicly questioning the religious beliefs of the targeted churches, their ministers, and their members while ignoring televangelists of other denominations. This violates the fundamental tenet of the First Amendment that the government should not single out any religion because of its beliefs. It also raises the question of religious bias against the Pentecostals and Charismatics who now number almost 70,000,000 Americans according to a recent Pew Survey."

In a statement issued yesterday to Church members, CEO John Copeland stated, "We look forward to further dialogue with Senator Grassley and Senator Baucus about these important matters."