Guard Went To Church Prepared For The Worst 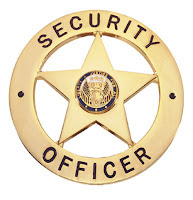 Jeanne Assam was prepared for the worst the morning after a gunman killed a pair of missionaries in Arvada, according to a newly released account of the church shootings.

The volunteer security guard was on the hunt for anything unusual at New Life Church on Dec. 9, well before the deadly rampage on the bustling campus.

She memorized a police description of the Arvada gunman, helped fellow members of the church's security team track down suspicious vehicles in the parking lot, and even grabbed one teenager during a sermon and patted him down - only to earn his thanks for her vigilance.

When her fears materialized, Assam was ready for 24-year-old Matthew Murray.
"There he is, Jeanne," someone said as the gunman made his first appearance inside the church after launching his attack outside. "He's right there coming in the doors."

Assam, who was inside when the shooting began, told police she took cover in a doorway with her pistol drawn as he strode down the corridor from the northeast entrance, firing a weapon and muttering to himself.

When the moment was right, she came out shooting. She saw Murray fall to the floor and continued advancing. Assam told investigators that she kept firing at Murray after he went down, wrongly believing the gunman was fumbling for a grenade on his chest. Instead, his hands were "cupped" around a pistol, one of three weapons he carried into the church that morning.

"I'm just gonna shoot myself," Murray said to her, though Assam told police she couldn't be sure of his exact words.

She kept her Beretta 9mm trained on Murray until another guard arrived and confirmed the gunman was dead, according to the police account.

An autopsy determined Murray died of a self-inflicted gunshot wound to the head. Police determined that Murray was hit by four of the five bullets Assam fired - hitting him with gunshots in the legs and arm and shooting the rifle he carried.

Assam, 42, credited her faith in God even as she was debriefed by police about the incident.
"I shot him," she told one officer. "I don't know how many times. I just knew I had to do it. ... God was with me. I prayed for him to keep me safe."

New Life Pastor Brady Boyd has called Assam a "hero" whose actions averted further bloodshed. She was normally his personal security guard, but on the morning of the shooting she was stationed in the middle of a church rotunda, on the lookout for danger after reports of the shootings at the mission training center in Arvada earlier in the day.
Posted by Don G. Brock at 10:29 PM