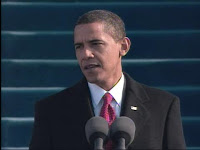 "President Barack Obama promised that he would govern from the center if elected President, but his signing of an Executive Order overturning the Mexico City policy shows that he is committed to spreading abortion around the world,” criticized Andrea Lafferty, executive director of the Traditional Values Coalition. “This is hardly governing from the center on the sanctity of human life,” she said.

Instituted by former President Ronald Reagan in 1984 at the U.N. International Conference on Population in Mexico City, the Mexico City policy requires that all international groups receiving U.S. funds agree to “neither perform nor actively promote abortion as a method of family planning in other nations.”

Last week’s move by Obama drew fire from a number of conservative groups, including Family Research Council, the Susan B. Anthony List, Wisconsin Right for Life, Concerned Women for America, and Priests for Life.

“Thanks to his (President Obama’s) actions today, U.S. taxpayers will be forced to take part in exporting a culture of death,” said Tony Perkins, president of Family Research Council, in a statement.

“We have a responsibility to respect the policies and traditions of the other countries, which have laws recognizing the right to life of the unborn, and it is an insult to fund organizations that are intent on overturning those laws by promoting an elite ideology of abortion on demand,” he added.

Despite the strong statements, most were not surprised by Obama’s rescinding of the Mexico City Policy, including Father Thomas Euteneuer, president of Human Life International. "We are disgusted, but we are not surprised," he said. “President Obama knows that this is shameful, but he needs to placate those who got him into office,” Euteneuer added.
Obama was also criticized for signing the executive order one day after more than 200,000 pro-life activists filled the nation's capital in protest of Roe v. Wade, the controversial Supreme Court decision that legalized abortion in the United States.

[from The Christian Post by Ethan Cole]
Posted by Don G. Brock at 12:37 AM No comments:

When Ginger Barnes spoke to employees at a leadership development program at the Boeing Leadership Center, she said, “Leadership is all about leaders teaching leaders and about relationships. We can execute the daylights out of anything, so ‘finds a way’ and ‘delivers results’ have always been strong traits. Where we need to improve is in the areas of ‘charts the course,’ ‘sets high expectations’ and ‘inspires others.’”

That is probably true just about anywhere you go. To strengthen the culture of leadership and accountability within the company, Boeing defined its expectations for leaders as:

[from Leading Blog: http://www.leadershipnow.com/leadingblog/by Michael McKinney]
Posted by Don G. Brock at 12:17 AM No comments:

Do you want to fail?

Here are 10 guaranteed ways you can fail as a leader. (Just like the character George Costanza from the show Seinfeld, read this list and then make sure to do exactly the opposite.)

1. Control. Remember exercise control, you are the team leader, what you says goes!

2. Don't affirm or praise. You don't want your team members to get soft, therefore it is important to motivate with fear and intimidation.

3. Delegate and then do it yourself. This will drive your team crazy, but at least you will be able to sleep well at night knowing that the work got done right.

4. Make sure the team members are there to make you look good. Because isn't that what building and working with a team is all about?

5. Take the credit and pass on the blame to others.

6. Fill your team with people less talented than you. You don't want people to outshine you. Besides, who are you really going to find more intelligent and with more experience than you?

7. Fill your team with people just like you. Could there be a more ideal team than one comprised of multiple versions of the same you?

8. Make sure you micro-manage people's work. Get in their business and second guess all their decisions. Don't give them the freedom to be creative or innovate.

10. Make sure the team is just there to implement your own ideas. Don't let the team come up with any original ideas. You are the one where all ideas, especially the good ones, are to originate.

I have known leaders guilty of many of these mistakes without lossing their job. But, their days are numbered.

[from Ministry Best Practices by Bill Reichart]
Posted by Don G. Brock at 12:03 AM No comments: