Synergy Ministries Board of Directors Meeting

CEO Don Brock announced the upcoming Synergy Minustries Board of Directors Meeting, December 1-3, 2011, in Las Vegas, NV. The meeting will include Strategic Planning and Vision Casting
Posted by Don G. Brock at 6:01 PM No comments: Links to this post 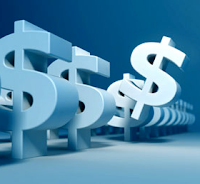 A jury has awarded $1.4 million to a Minnesota woman who accused her Methodist pastor of sexually abusing her.  The woman accused 67-year-old Donald Dean Budd of pursuing an inappropriate relationship at a time when she was emotionally vulnerable.

The Hennepin County jury concluded this week that Budd must pay $1 million in punitive damages. Of another $410,000 in compensatory damages, Budd must pay $246,000 and the rest is to be paid by the Minnesota Annual Conference of the United Methodist Church.

A call to Budd’s home Saturday rang unanswered, and a message left with his attorney wasn’t immediately returned. The woman’s attorney, Robert Hajek, said the jury’s verdict was “very responsible and reasonable.”

Budd was a pastor at McKinley United Methodist Church in Winona. Prior to that, he served in Methodist churches in Harmony, Minn., and Eau Claire, Wis. He is no longer a pastor.

The woman filed a civil lawsuit in 2009, alleging that she sought counseling from Budd while he was a pastor at McKinley between 2003 and 2005. A sexual relationship developed, leading to Budd’s eventual conviction on a pair of felony sexual-abuse charges.

The woman said she reported the relationship to the conference in 2006. She accused officials of dropping the investigation and calling the woman uncooperative and not credible, court documents said.

Her civil lawsuit claimed that the conference should have done a better job of investigating Budd’s sexual misconduct, according to a Winona Daily News report.

Victoria Rebeck, a spokeswoman for the conference, disputed the charge. She said the conference and its bishop acted immediately when notified about the allegations by placing Budd on restriction and removing his credentials.

When accusations happen these days, a full investigation must be done immediately and completely.  And there can be no cover up.  Information is too instantaneous and widespread these days.  The truth will get out.  (If not the truth, then at least rumors… which again will doom you if you’ve not done the full investigation).

There should be no cover-up in the body of Christ.  And if there was in this case, it was found out.

[from MMI Weblog by Todd Rhoades]
Posted by Don G. Brock at 12:54 PM No comments: Links to this post

What is the average pay for a senior pastor these days?

Well, of course, it depends… on your experience, the size of your church, and what sex you are.

According to the 2012-2013 Compensation Handbook for Church Staff (which surveyed about 4,600 churches and 8,000 church positions), the average senior pastor overall makes…

[from MMI Weblog by Todd Rhoades]
Posted by Don G. Brock at 12:41 PM No comments: Links to this post

A Warning to Young Pastors 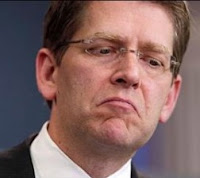 White House spokesman, Jay Carney, recently made this statement in a press briefing:


"Well, I believe the phrase from the Bible is, 'The Lord helps those who help themselves.'  And I think the point the President is making is that we should — we have it within our capacity to do the things to help the American people."

Has America become Bible illiterate?
Posted by Don G. Brock at 10:28 AM No comments: Links to this post

The Lifecycle of Pastors

Almost twenty years ago, I began to note that the tenure of a pastor often follows a predictable pattern. Now, almost two decades later, I still see many of the same patterns, though I have refined the categories and time spans a bit.

I fully understand that these categories are not definitive, and there will certainly be exceptions to the rule. Nevertheless, I offer this lifecycle as a guide that I hope will prove useful to both pastors and congregations alike.

The new pastor is perceived to be the answer to all the needs and the problems of the church. He is often viewed as a hero because he is not his predecessor. Though some of his faults begin to show during this period, he is often given a pass. Expectations are high that he will be molded into the image that each congregant would like to have.

It is now apparent that the pastor is fully human. He has not lived up to the precise expectations of many of the members. This phase includes a number of conflicts and struggles. Indeed it is the most common time that pastors choose to leave the church or they are force terminated. This single epoch of a pastoral tenure contributes more to short tenures than any other time.

The number of crises begins to abate, though they do not disappear altogether. It is at this time that more and more new members come under the tenure of the new pastor. Some of the dissidents have left the church or the community. There is a realignment of loyalty and expectations of the pastor. Thus he is able to lead more effectively, and began to see some more productive years as pastor of the church.

Not all pastors have productive and joyous ministries in this period, but many do. It is not unusual for the congregation to begin to appreciate the pastor more and to follow his leadership with greater enthusiasm. Many of the battles have already been fought; and many of the conflicts have been resolved. The pastor and the entire congregation are ready to move forward in more productive ministry for the glory of God.

Mystery: Years 10 and Beyond

There are relatively few pastors and congregations that continue their relationships beyond a period of one decade. Thus any perspective I have of long-term pastorates is inconclusive and limited. I am confident, however, that if we see more and more pastors entering their tenth year of ministry and beyond, we will see more productive and fruitful ministries in local churches across the nation.

The topic of pastoral tenure fascinates me. I see significant correlation between ministry effectiveness and longer pastoral tenure, though there are certainly exceptions to the rule. I do hope that we will do a more comprehensive and objective study of this important issue in the future.

What is your perspective of pastoral tenure?

[from The Christian Post RSS Feed]
Posted by Don G. Brock at 12:08 AM No comments: Links to this post

He Has Sent Redemption