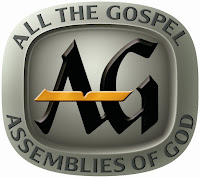 The Assemblies of God is moving forward with a resolution it recently passed to facilitate church planting particularly using the increasingly popular multi-site strategy.

"Prior to the adoption of this resolution, it was difficult to give recognition to the missional value of these sites," Steve Pike, national Church Planting director, told the denomination's publication.

"If it's true that what gets recognized gets done, then being able to recognize the evangelism and discipleship that is taking place through these new ministry outlets should result in even more people coming to faith in Christ."

Recognizing that an increasing number of churches are dependent upon the parent church rather than the larger district, the Pentecostal group chose to make a provision for "Parent Affiliated Assemblies which shall be under the supervision of a parenting church, in accordance with the parenting church’s constitution and bylaws."

Parent Affiliated Churches are essentially multi-site churches. The Assemblies of God defines them as outreaches of an existing church that result in a worshipping community.

According to Pike, Assemblies of God churches have already formed over 200 multi-site venues.

"The number of AG churches that are using multi-site strategies to increase their ministry scope has grown dramatically over the past few years,” he said, according to the denomination.

The jump coincides with the explosion of multi-site churches across all churches in the country. Researchers from the Leadership Network estimate there are currently 3,000 multi-sites, up from 300 in the year 2000.

Recognizing the success and potential of the multi-site methodology, the Assemblies of God has scheduled events and training beginning this month to educate members about the new strategy and equip them to become Parent Affiliated Churches.

"We already have plans for four boot camps designed specifically for PAC/multi-site churches for next year," said Leo Crosby, marketing and communications director for the Church Multiplication Network.

The new multi-site push is part of the Assemblies of God's effort to become a church planting and church multiplication movement. The Church Multiplication Network was formed in 2007 to encourage churches across the denomination to work together and plant as many churches as possible.

[By Audrey Barrick, Christian Post Reporter]
Posted by Don G. Brock at 11:17 PM No comments: Links to this post

United Methodists are reevaluating the so-called "guaranteed appointment" of clergy system, calling into question the effectiveness of the long-established practice amid membership decline.

For decades ordained elders have been assigned to local churches regardless of their effectiveness. While pastors could be removed from their leadership position for immorality, violation of church law or criminal activity, ineffectiveness has not been dealt with in the same manner.

The guarantee that ordained leaders have stems from The United Methodist Church's Book of Discipline, which states, "All elders in full connection who are in good standing in an annual conference shall be continued under appointment by the bishop."

It was originally adopted in 1956 to protect pastors from arbitrary, sexist or racist abuses of authority. But decades later, some say the protection is producing more negative outcomes than positive ones, such as ineffective pastors.

"What we want to do is retain protections for women and minorities. But guaranteed appointment is having the consequence of supporting mediocrity," said Bishop Grant Hagiya of the Pacific Northwest Annual Conference and the Alaska Conference at a meeting earlier this month.

In 2004 the United Methodist Church's highest legislative body created a task force to study its system of lay, licensed and ordained ministry. The panel later reported that the guaranteed appointment of clergy was one of the biggest hurdles to reviving the church, according to the United Methodist News Service.

Though a petition to completely eliminate the guaranteed appointment provision was rejected in 2000, Methodists last year approved a petition to amend, and not remove, the paragraph in the Book of Discipline dealing with clergy appointment.

The petition outlines responsibilities that an ordained elder must fulfill, including annual participation in an evaluation process with a pastor-parish relations committee or comparable authority; evidence of continuing effectiveness reflected in annual evaluations; and professional growth through continuing education and formation, among others.

United Methodist leaders clarified that the petition does not point the finger at clergy. The concern is rather on the effectiveness of entire congregations. The Rev. Mary Ann Moman, an elder in the South Indiana Conference, told The United Methodist Reporter that effective congregations take initiative to reach populations in their community “that are not like themselves. To the level that we’re not doing that, we’re not being as effective in congregations as we could.”

Meanwhile, the work of the task force – Study of Ministry Commission – set up in 2004 continues. A report was expected to be delivered in 2008 but the commission asked for more time to study ministry orders and make recommendations.

The commission held a meeting earlier this month in Nashville where they considered changes to the guaranteed appointment principle and the ordination process.

Bishop Hagiya said the goal of the commission is to remove obstacles and rules to allow "creative ministry to thrive."

The United Methodist Church is the second largest Protestant denomination with 7.9 million members, but it has experienced membership decline for decades now.

[By Audrey Barrick, Christian Post Reporter]
Posted by Don G. Brock at 10:52 PM No comments: Links to this post