Pastor, What Do You Do When People Leave Church?

Every few years, it seems like a small wave of our faithful people leave the church. They often say things like:

- We just don’t get time with you anymore.
- The church has gotten too big.
- Things have changed.

I wish I could lovingly express:

Some faithful believers simply find it tough to be a part of a changing church. Many pastors fight to keep them in church. Sometimes it works. Sometimes it is a mistake.

While I try to express my genuine love, if the people are always going to be disappointed with the direction of the church, I’ve found it is better to let them move on.

[from LifeChurch.tv : swerve by Craig Groeschel]
Posted by Don G. Brock at 12:29 PM No comments:

Labels: church, leave, pastor, people, what to do 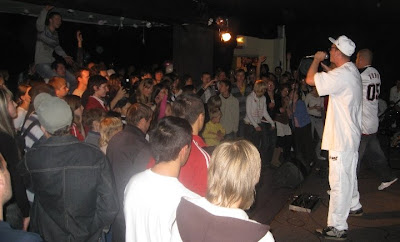 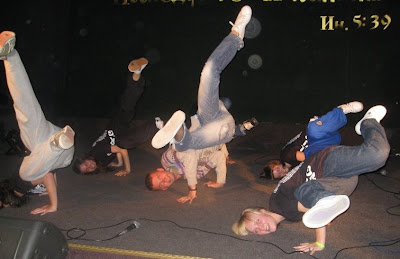 The church of Jesus Christ is making headway in Belarus in spite of government oppression.
In Minsk, the capital, secret Christian concerts are held as college students come into town for a new school year. One missionary reported:

The summer is over, but it is still a hot time for the church. As you know we have many students, and we use this special time when freshmen come to Minsk to get to know them and to get them for Christ.

Yesterday we had an evangelization concert where three different Christian music bands and dance team participated. About 150 students attended and many of them had never been to any kind of church before. It was a great time to get to know them. I didn't preach there for long. I just shared with them how much I love my children and how much more our Father God loves all of us. And also, I told them that I wanted to pray for them, to be their pastor and to take care of them. Now we pray that they will come to church this Sunday. We are planning to have a fellowship with tea just after our church service.

We are making plans to have evangelization meetings for the youth every month. Please, keep this in your prayers.

[Missionary's name withheld for his safety. Sponsored by the Church of God of Prophecy.]
Posted by Don G. Brock at 11:47 AM No comments: 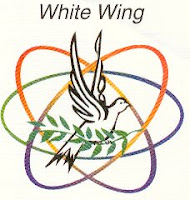 As a remembrance of the International Assembly, the Editorial Department of the Church of God of Prophecy is making the October issue of the White Wing Messenger available online for your viewing pleasure.

In the past, they have made only certain pages available as a “Sneak Peek” into what was to come in the next issue. This month, they have decided to venture out and try something new and innovative.

Click wwm.cogop.org and view the October issue in its entirety. Follow these instructions carefully. The “Sneak Peek” is located under the “Messenger Sample” tab. Once you click on there, then click on the picture of the cover for the “Sneak Peak.”

While at the website, you can subscribe to the White Wing Messenger in your home. The subscription rate is $18.00 for 12 issues. If you are able to get a group of five together to subscribe, you will save more than 40 percent off the single subscription rate. This brings the price down to less than $1.00 an issue.

Send your comments to Editorial@cogop.org.

Todd Bagley
Editorial Assistant & Marketing Coordinator
Editorial Department of the Church of God of Prophecy
Posted by Don G. Brock at 11:00 AM No comments:

The former little known Alaskan governor raised much curiosity after her acceptance speech at the Republican National Convention last week where she showcased her no-nonsense attitude, passion and moral convictions.
Now that the entire country is familiar with the name Sarah Palin, people want to know more about the woman that could be second in line to the presidency.

The new biography Sarah Palin: A New Kind of Leader by Joe Hilley seeks to address some of the questions and allay curiosity by exploring how she became the leader she is today. The book looks back at Palin’s political career, life as a hockey mom, and her strong Christian faith.

"We live in an age that values relationship over authority and instant information over accuracy, so breadth of knowledge and depth of conviction are the most prized commodities for our leaders," author Hilley said in a statement. "Vice Presidential candidate Sarah Palin brings both of these qualities and more to her new role as John McCain's running mate and I'm eager for readers to have the opportunity to know her and her brand of leadership more thoroughly."

Palin is the first woman governor of Alaska and the first woman to be on the Republican presidential ticket. She is known for her anti-corruption campaigns and likes to portray herself as a political outsider.

She was raised in a Pentecostal church and belonged to the Wasilla Assembly of God church in her hometown of Wasilla, Alaska, from her teenage years to 2002. Since then she has attended a nondenominational church in Wasilla.

"Regardless of your political persuasion, it is clear that Sarah Palin has quickly electrified the 2008 election and sparked a nationwide dialogue and debate," said Moe Girkins, president and CEO of Zondervan – the world’s leading Christian publisher. "We are honored to publish this book that will provide readers with a comprehensive look into the life and rising political career of Sarah Palin."

The book is scheduled for release nationwide on Oct. 10.

[By Jennifer Riley - Christian Post Reporter]
Posted by Don G. Brock at 10:33 AM No comments: