21 Days of Prayer and Fasting 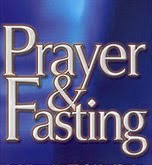 Don't Do Christmas on Credit

Christians Against Poverty is urging people not to give in to the temptation of a loan to cover the cost of their Christmas celebrations.
The U.K.-based debt counseling charity says it is not out to kill the festive season but that it wants people to have a clear spending strategy to see them safely into the New Year.
CAP Chief Executive Matt Barlow believes such a strategy is wise as yet more economic uncertainty looms on the horizon.
“These are difficult times for a lot of us and the temptation is to say 'at least we’ll have a great Christmas' and use that as an excuse to spend what we haven’t got,” he said.
“If you’ve already caught yourself saying this, we want your alarm bells to be ringing loud and clear."
“The New Year is full of uncertainty: job losses, VAT will be going up, benefits are changing, energy bills are rising and we don’t know what interest rates will do," he noted. “If we were ever going to get our spending under control at Christmas – it should be this year.”
The charity said that around half of its clients with “out-of-control” debt had taken out a loan at some time to help cover the cost of Christmas.
It warned that many of them went on to lose their homes, suffer mental health problems, contemplate suicide and find themselves unable to feed and clothe their children.
“We’re not party poopers," Barlow said. "We just want people to enjoy Christmas and not be anxious about whether they will be able to pay it all back.”
The charity has released its top ten tips for avoiding festive debt. In addition to never taking out a Christmas loan, they include being honest with family members if things are tight, not buying gifts for others out of obligation, and collaborate with relatives to buy the kids’ presents.
Full list:
[By Charles Boyd - Christian Today Reporter]
Posted by Don G. Brock at 5:35 PM No comments:

NOVEMBER 28, 2010
OLD TESTAMENT
Isaiah 2:1–5
1 The word which Isaiah the son of Amoz saw concerning Judah and Jerusalem.
2 Now it will come about that
In the last days
The mountain of the house of the LORD
Will be established as the chief of the mountains,
And will be raised above the hills;
And all the nations will stream to it.
3 And many peoples will come and say,
“Come, let us go up to the mountain of the LORD,
To the house of the God of Jacob;
That He may teach us concerning His ways
And that we may walk in His paths.”
For the law will go forth from Zion
And the word of the LORD from Jerusalem.
4 And He will judge between the nations,
And will render decisions for many peoples;
And they will hammer their swords into plowshares and their spears into pruning hooks.
Nation will not lift up sword against nation,
And never again will they learn war.
5 Come, house of Jacob, and let us walk in the light of the LORD.
PSALM
Psalm 122
A Song of Ascents, of David.
1 I was glad when they said to me,
“Let us go to the house of the LORD.”
2 Our feet are standing
Within your gates, O Jerusalem,
3 Jerusalem, that is built
As a city that is compact together;
4 To which the tribes go up, even the tribes of the LORD—
An ordinance for Israel—
To give thanks to the name of the LORD.
5 For there thrones were set for judgment,
The thrones of the house of David.
6 Pray for the peace of Jerusalem:
“May they prosper who love you.
7 “May peace be within your walls,
And prosperity within your palaces.”
8 For the sake of my brothers and my friends,
I will now say, “May peace be within you.”
9 For the sake of the house of the LORD our God,
I will seek your good.
NEW TESTAMENT
Romans 13:11–14
11 Do this, knowing the time, that it is already the hour for you to awaken from sleep; for now salvation is nearer to us than when we believed.
12 The night is almost gone, and the day is near. Therefore let us lay aside the deeds of darkness and put on the armor of light.
13 Let us behave properly as in the day, not in carousing and drunkenness, not in sexual promiscuity and sensuality, not in strife and jealousy.
14 But put on the Lord Jesus Christ, and make no provision for the flesh in regard to its lusts.
GOSPEL
Matthew 24:36–44
36 “But of that day and hour no one knows, not even the angels of heaven, nor the Son, but the Father alone.
37 “For the coming of the Son of Man will be just like the days of Noah.
38 “For as in those days before the flood they were eating and drinking, marrying and giving in marriage, until the day that Noah entered the ark,
39 and they did not understand until the flood came and took them all away; so will the coming of the Son of Man be.
40 “Then there will be two men in the field; one will be taken and one will be left.
41 “Two women will be grinding at the mill; one will be taken and one will be left.
42 “Therefore be on the alert, for you do not know which day your Lord is coming.
43 “But be sure of this, that if the head of the house had known at what time of the night the thief was coming, he would have been on the alert and would not have allowed his house to be broken into.
44 “For this reason you also must be ready; for the Son of Man is coming at an hour when you do not think He will.
[Revised Common Lectionary. 2009. Bellingham, WA: Logos Research Systems, Inc.]
Posted by Don G. Brock at 12:07 AM No comments: 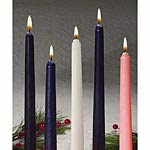 I will be in Brazil next week.
You can follow me on Face Book and Twitter.
Posted by Don G. Brock at 10:47 PM No comments: 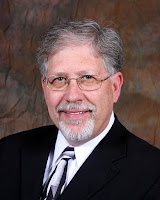 Please pray for us as we minister in Dominican Republic this week.
Posted by Don G. Brock at 7:46 AM No comments: